An administration error by the Council’s Planning and Development department appears to have resulted in the erection, without planning permission, of a large mobile phone mast on land behind the petrol station on Bromley Road. 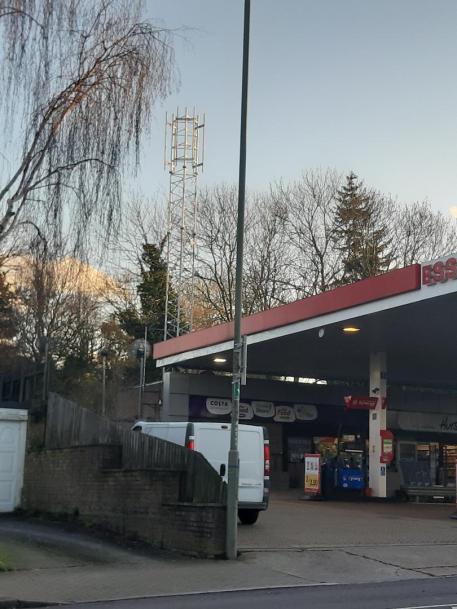 In September 2019, a telecommunications company sought permission to erect an 18m (59ft) high base station tower directly behind the petrol station at 202 Bromley Road.  The application was refused by Bromley Council in November, deciding that the height, appearance and siting of the proposed mast would be detrimental to the visual amenities of the area, and would appear as an alien and incongruous feature in a backland setting  within a suburban residential area.  So, in February, local residents were shocked to see the tall structure suddenly appear on the skyline.  The mast is designed to hold six 2 metre-high antennae and a 30cm satellite dish, though at present the equipment hasn’t yet been fitted.

In a response to a freedom of information request, concerned neighbours discovered that the Council retained no record of an email being sent to the applicant notifying them of their decision to refuse the application.  It appears that, in the apparent absence of a decision within the statutory period of 56 days, the applicant decided to press ahead with construction.

It is believed the Council has sought legal advice regarding their position, but is not taking the matter any further.

Local residents told us yesterday that the reply to their FOI request was inadequate in several respects, and  they have since asked for it to be reviewed.  They are also investigating ways to appeal against the Council’s handling of the application and considering taking the case further, to the Local Government Ombudsman.

Full details of the planning application are here 19/04009/TELCOM 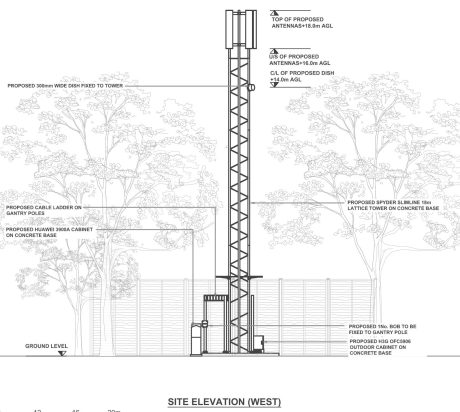 View all posts by CopersCope2

2 thoughts on “Appearance of Mobile Phone Mast on Bromley Road, May 2020”